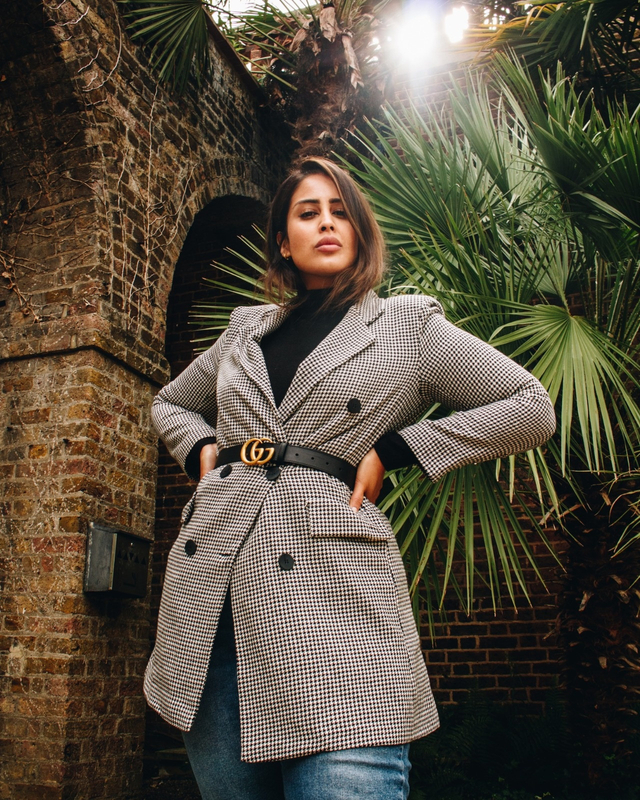 Britain's first plus-size Asian model, Bishamber Das is no stranger to breaking down stereotypes and being a role model for women all over the world. With a degree in Law and Criminology, she became the youngest Asian magistrate in the UK at the age of 22.

Bishamber set-up her own plus-size fashion brand, Girl Like Me, which was one of the first brands in India to exclusively cater to the curvy market. Girl Like Me empowers women to wear whatever they want, regardless of their size.

A natural when it comes to public speaking, Bishamber has featured in many events, radio shows, magazine interviews and panel discussions representing the topics of body positivity, diversity, and female empowerment issues. Her social channels reflect her love for inclusivity and provide the representation that curvy women, especially South Asian plus size women have needed for years!

Aside from modelling, she has starred in several Punjabi music videos and is the lead role in the upcoming movie ‘Rabba Menu Maaf Kare’, making her one of the first curve actresses to feature in the Punjabi market.

Bishamber has worked with well-known brands such as Radley, Adidas, F&F, Vatika, Dove, MissPap, British Fashion Council, The Female lead, Sweaty Betty, Curvissa, and many more. She has also featured in diverse campaigns such as Estée Lauder’s Breast Cancer campaign, Asiana Magazine, the British Red Cross #BEKIND campaign and The WHO #BeKind campaign by Inca UK.